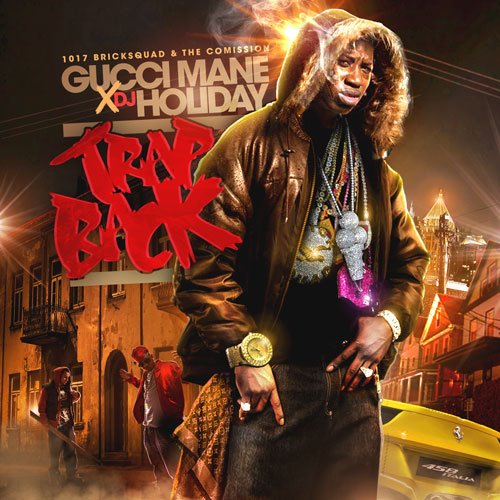 
Martin Esquivel (born January 8, 1983), better known by his stage name Young Ridah, is an Arizonian rapper. He started rapping in 2006, but wasn't seriously involved until 2009. He debuted in 2010 in a mixtape titled "Back II Bizness" under his former group TWP FAM. "Gutta Born Gutta Raised", his first solo mixtape, shortly followed in early 2011. Currently in the works is a highly anticipated mixtape titled "A-state Heavyweight" which will be featuring many of Arizona's best talent and also such artist as WC of Westside Connection and Hussien Fatal of "The Outlawz".

Young Ridah was born in Tucson, Arizona and moved to Phoenix shortly after to be closer to his family. He was raised by a single mother who battled a drug addiction for over 20 years, but cleaned up in the mid 2,000's. Young Ridah's mother sold drugs and used them during his childhood, so he got used to the domestic violence, police raids, lack of food, water & electricty. He got used to a lot of people always being in the house partying, and grew up around the neighborhood street gangs. He started carrying guns at the age of 15 and selling drugs at the age of 16, and was shot in 2000 in a shoot-out at the age of 17; the bullet nearly missed his spinal cord. Young Ridah does not regret the way he was raised, because it has made him stronger and the man he is today.

Poetry was always an interest of Martin's, and he would find himself writing as a child which was the real inspiration to write music. Young Ridah always loved Hip-Hop; he was inspired and grew up listening to such artists as 2Pac, DJ Quik, & Dr. Dre, Young Ridah the founder of the real definition of "G.U.T.T.A" (Grew Up True To All). Young Ridah always keeps in mind the meaning of "G.U.T.T.A ", because nothing is fake about the way he was raised.

Young Ridah considers his music unique, because he makes "real street music", and does not consider himself a rapper because he just tries to convey stories artistically. Young Ridah has opened for other artist acts, like Yung Berg, Sean Kingston, DJ Quik, Zig Zag, MC Magic, and has worked closely with artists like Hussein Fatal of "The Outlawz" and WC of "Westside Connection". Young Ridah has been a part of proffesional video producions, starting with the video Bring The Chopper Out, My Dawgs and his latest, Street L