The Shuffled Hustle by LaNina King

"To be one with the game is to be one with many riches" - The Circle
The only thing the game doesn't tell you is there are going to be more to hate you than love you. There will be dishonesty & disloyalty from those closest to you. When LaNina & The Circle became one with the game, life was lovely. They soon find out how desperate outsiders are to bring them down. At the launch of new business & big profit, the game takes toll leaving The Circle to question who is who & who will come up missing. Meanwhile, back at home... ........“Somebody just killed migo.”
“WHAT!?” I said confused. “We were just right there.”
“Tony just said that migo left right after us. But he went the other way. When he got to the stop sign, somebody just came out of nowhere and hit him from the back. Say migo jumped out finna straighten them, they shot him to death. Jumped in his car and got the f*ck on. It was a car full of n*ggas. Two jumped in his car and left his body lying on the ground.......
.........He sat down and my brother passed him a duffle filled with money. Buddy went downstairs and came back with a sweet package for my brother. That’s how it is for real.
He gave “PF” intel on what was going on and where. He would give him the heads up on the 'd' boys that were "up to bat", and rob them off hand. He kept “PF’s” name out of the system. They made a lot of money. They did a lot of business. So now, there’s a new lick. “PF” wants in. Only thing, their target rolls heavy. It’s kill, or be killed. And we knew who was doing the killing..........
.........He almost took my breath every time I looked at him. And the way he spoke to me, drove me wild. I love ‘dude’.
“You were the one all the time.” He continued. “No one else ever made me feel like you do.” His accent kicked in very heavily as he said, “Nina, me wan’ you to go and be me wife. Me can’t go another day with out you as Mrs. Me. Me love e’ry ting ‘bout you now. Me been happiest with only you at me side. Wan’ make it be for life. Will you be me wife now?” He asked as he presented a huge diamond from his desk drawer.
Without hesitation, I yelled, “Yes...........
......... I cry now, at this moment, because my heart still aches for him. I long to hear his voice. I remember calling his phone to hear his voicemail, until the phone company turned it off. I look at his pictures so hard hoping he will come off the page and back into my life.
My knight in shining armor once saved me by kissing me, awakening me to ‘The Dream’ life. For a short time I was entranced in his magic. I was royalty. I was pronounced as Queen in his regal palace. I took my thrown with crown upon my head. I was acknowledged by all the towns people, and amongst the kings of kings.
Everything a Queen could be given, I had. Every way I could serve the pleasures of my King, I did. Upon the dreary eve of night, my King thrust himself upon his horse. He would take journey in defense of heirs to his kingdom. Having fallen in an untimely fashion to the evil villains, he bid me a final farewell saying ‘I love you’. For he wouldn’t return.
One day, I will have risen from this horrid nightmare. I will put the scary form of events away from my thoughts. I will envision which once was beauty. I will feel the peace that surpasses all understanding. Hoping to not die before the time comes where my strength has been renewed. And my soul refreshed..............
..All About LaNina King.ABOUT THE AUTHOR:

Yours truly, LaNina King, was born in January 1979 in Atlanta Georgia. Early in childhood I chose to artistically display my creativity. With pleasures of travel, family, and life, my journey has been restless. In return, it has allowed me to capture and heighten moments of past, present, and future events. I present a series through LaNina King. The enchantress dominates the meaning of intrigue and mystery. Each work of art speaks vividly within your thoughts, centering you in every phase of action. As masterpieces in words flow naturally, I have compiled actual life factors with not so fiction adventure.

From a schoolgirl, to a Boss’s wife. LaNina King centers you in her world. Displaying the glamour of having it all, as well as all that can go wrong. LaNina invites you to journey with her as she endeavors in this non stop, action packed mission. Through this rigorous tale of money making, true experiences, and murder, LaNina learns that the street life isn’t all it seemed it would be. After several close calls, and losing her husband, LaNina finds peace with herself and a new way of living. This story tells of a young woman’s life built in the world of drugs and her journey to finding her way back to God. Having been brought up in a Christian household, LaNina King grows up as an intelligent young lady with astounding accomplishments in school and entrepreneurship. She soon becomes intrigued with fast money and having the finer things. LaNina involves herself with the street life, and in a very short time, becomes known as the Lady Boss. Her skills in the street business are unmatched. Being the Lady Boss, and living such a fast paced life, LaNina has no time for love until she meets "Boy". What started out as a strictly business relationship, evolves into a full blown romance. LaNina is on top of the world when "Boy" asks her to marry him. Just as their life together develops and turns into the absolute magnificent 'dream life', drama immediately begins to unfold. A series of unexpected happenings occur leaving LaNina and "Boy" to reevaluate the concepts and pretenses of how they choose personal and business endeavors. Having walked away from different aspects of the street business, one final decision depicts the outcome of their relationship and their ability to move forward, while releasing their roles as Boss and Lady Boss. As they choose to follow a straight and narrow path, with the final task lingering, "Boy" commences becoming a part of something that in turn, leaves him unable to walk away from. Because the street life didn't come with rules or guidelines of how things can really turn out, LaNina's faith is quickly renewed as she reconnects with her spirituality continuing on her journey to a righteous life. “Journey’s” is of great interest to readers who may be going through the same things LaNina went through. Or to those who may be faced with burdenous decisions they already know the answer to. For some, "Journey's" will be a tool towards self-recovery and help many seek the path of spirituality.

Company, No Misery by LaNina King

life going sour. What began as a normal ladies night out quickly spins out of control as the situation is confronted.

Tonya, the friend in which the drama is stemming from, has a lingering connection with her psycho ex-boyfriend,

Cortez. As Cortez’s anger fuels from the dreadful circumstances, he elects to include Tonya’s friends and loved ones

As Tonya’s friend’s attempt to stand by her side helping her through this trying period, Cortez is accused of

murdering one of Tonya’s closest friend’s. The authorities were alerted of the happenings commencing with a search

for Cortez. After the authorities encounter an unexpected standoff with Cortez, and he flees, the truth immediately

begins to be revealed. 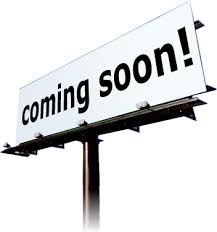 "Company, No Misery" by LaNina King!

The story tells of four childhood friends experiencing sudden catastrophic occurrences due to one of the friend’s love life going sour. What began as a normal ladies night out quickly spins out of control as the situation is confronted. Tonya, the friend in which the drama is stemming from, has a lingering connection with her psycho ex-boyfriend,…

Red Ribbon
:)
From the Gift Store

I pray hard and believe strongly in God. I give God the highest praise and continuously give thanks for all that He is in my life. I thank God for blessing me with my talents and strengths. Even though there have been obstacles and challenges in my life, I can honestly say God has delivered me, setting my soul free. Free of pain and sadness. Free of being consumed by a life of destruction and false leadings. I'm still here. Thank you my Heavenly Father.

Create your own playlists at LiveMixtapes.com